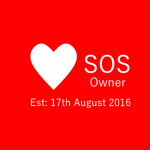 UPGRADE UNDER WAY! Hoping to be completed soon.

TheTenthGoat (also known as SOSOwner (YT) and Thomasmina1423 (RBLX & DSCRD)), is a TTS Video Maker, YouTuber and a Roblox Player.

SOSOwner had quite a bit of EVT

There was some Unexpected EVT during all of that time.

What about the Fall?

None of us know.

Retrieved from "https://mssam.fandom.com/wiki/User:TheTenthGoat?oldid=75122"
Community content is available under CC-BY-SA unless otherwise noted.