Do the following criteria apply to you?

This handy little page will give you everything you need to start creating your own TTS world! It'll contain links to the voices, suggestions on good video editors, and even ideas for creating your own character concepts!

You can find extra tutorials here, but let's begin with the basics.

As any good viewer and aspiring videomaker should be aware, the videos are nigh useless without the voices and programs. As such, I have provided download links of my own personal backups.

I was able to download additional SAPI5 voices and online TTS resources here.

For as important as the voices are, without a video editing program you won't be getting anywhere. Sony Vegas Pro is a rather good option, but good luck finding a legal version that's affordable. Most people start out with Windows Movie Maker, and eventually grow to a different video editor. Or don't. I (Ducky) can think of at least one YouTuber who didn't leave WMM behind.

I have, at the very least, Windows Movie Maker 2.6. It isn't much but it's what I started out with.

But if you need more editing power, two free Vegas-like editors are DaVinci Resolve and HitFilm Express, and from what I've heard they're good. I've never used them, however.

Of course, what's a video without characters? ...several different genres, but not the kind we're going for here. You'll probably want Sam, Mike, and Mary, as well as other characters that you've either created or "borrowed" from other YouTubers.

But how about designing them? What will you go for? (Examples are Sam b/c he's the most well-known) 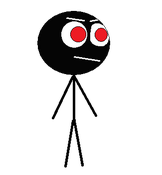 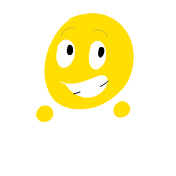 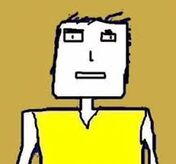 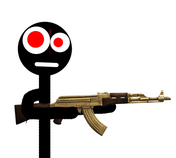 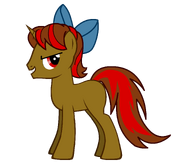 Quite a lot of ways to choose, huh? Not to worry! Those are just the beginning! You could use several different ways! Computers, Miis, Roblox models... heck, even come up with your own!

I would suggest making a list of the characters you want in your TTS world, followed by each of their voices. Here's an example, using the Cast List for Project Take Two, done in OneNote 2010:

As you can see, the characters are listed nicely in a 3-column table: A row for the character's Name, their Color, and their Voice. This helps keep the list organised (and then you can use the "To-Do" feature to check off completed concepts.)

Alternatively, you could use a Google Doc if working with another person, or even an Excel spreadsheet if you hate yourself.

I'll update this as needed, but for now this should be all you need.

Community content is available under CC-BY-SA unless otherwise noted.
Advertisement